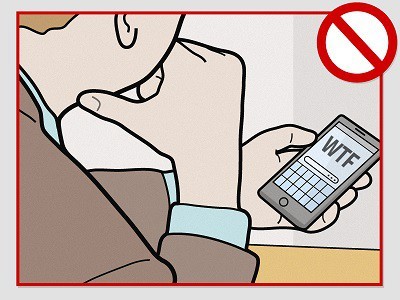 Text messaging has become the norm in society today. If a person has a mobile phone, then they more than likely send at least one text message a day. But like with everything else, common courtesy seems to fly out the window, especially to those new to messaging or the young. Here are five rules of thumb for SMS etiquette to keep in mind with sending messages.

One of the most aggravating things to a lot of people is trying to decipher a message. Using shorthand is acceptable, you want to keep the cost down on your message but be able to relay the message you want to send at the same time. So leave the slang to the younger generation, if you are over the age of seventeen, radical shorthand is likely to be unreadable and inappropriate.

Don't get upset if a reply doesn't come immediately after you send a message. Remember that not everyone has their phone on them constantly or that they may be in the middle of things. If you don't receive a reply, it is not acceptable to send the same text over and over trying to invoke one. If it is that important that you talk, then a phone call is needed.

Be courteous to those around you. Remember how frustrated you get when you're with friends who seem to spend more time on their cell phone than talking to you? The same goes with messaging. It is rude to sit and send text messages while spending time with others. If a message must be sent to someone because it is important, excuse yourself, make it brief, and enjoy your friends.

Text messages are just that, messages. They are informal forms of communication and should not be used to dump your girlfriend or boyfriend nor for conducting important business and formal invitations. This is a casual form of a communication and a text message is not the place for critical and major life issues and events, it can make one sound flippant or callous despite their intentions.

Think about the number of texts you send a day to the same person. Texting is simple and convenient, but that simplicity can get out of hand if it is abused. Chatting with someone through texts is considered a conversation just like a phone call, so use that to judge if you are overtexting or not. If you would have to replace each of your text sessions with a phone call, would that add up to more calls than you would normally make in one day to the same person? If yes, then you are overtexting.

Technology is great, something new is invented each year to make lives easier and text messaging is one such convenience. It hasn't been this easy to send a brief message to someone since online instant messaging was invented. But as with everything, courtesy needs to rule and proper SMS etiquette needs to be remembered, otherwise this convenience can turn into a nightmare quickly.

Start sending text messages now, sign up for free by clicking on the button below…